I love the blues, and guitarist Robben Ford is one of my favorite blues guitar players. If you’ve ever read a guitar magazine, you’ve likely heard of him – but outside the blues and guitar communities he’s not well known. Then again outside of those communities not many people know Yngwie, Nuno, Vai, Satriani, and Eric Johnson. That’s a shame since Robin put out over 21 albums and 9 more with other musicians – including Larry Carlton, Miles Davis, Carlos Santana, and Michael Osbourne – and he continues to put out more each year.

People often think that the blues is all the same. There’s no doubt that it can be, but as a genre of music there can be so much more than what is on the surface – in the same way as Jazz. I enjoy something when I can it goes beyond the “format” and I can say “wow, that was really good”. What I like about Robben Ford is that he writes his own lyrics, he’s a good singer, but most importantly it complements his amazing playing – which is an extension of his soul. The best guitar players have soul, tone, versatility, and dynamics – that can keep you on the edge of your seat for hours. Some people might think of him as jazz-oriented blues because of the types of chord choices he uses. It’s not just that. He has just the right amount of space, phrasing, and dynamics to make you want to listen for hours.

To me – this is the greatest difference between players like Joe Satriani or Steve Vai – and Eric Johnson or Stevie Ray Vaughan. Joe Satriani and Steve Vai are technically brilliant buy in my opinion are all flash and no soul, and normally no tone at all. A lot of people won’t be on the same page with me there, but that’s why we all have opinions. Stevie Ray Vaughan are all about tone and dynamics, and their singing and song writing both complement their playing. Maybe it’s no coincidence that Vai doesn’t sing at all and Satriani – well, he tries to sing.

I want you to take moment to listen to these Robben Ford videos and listen to the chord voicings, the leads, the riffs, the dynamics, and the way it complements the overall song. The guitar, like a piano can have a voice all it’s own that creates a visual tapestry unlike any other single instrument except the piano.

Robben Ford – Nothin’ but the Blues

Robben Ford – How Deep in the Blues do you Want to Go?

Now that you’ve seen him in action – watch this video which will explain his (jazz) chord voicings – and why he plays the way he does….maybe it will make you think a bit differently about your own playing…

I absolutely LOVE Robben’s album “Soul on Ten”, it’s probably my favorite of all his recordings. I highly suggest you get it: 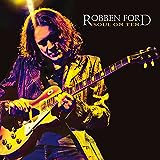 The second one you should probably check out – which is more recent is “Day in Nashville”: 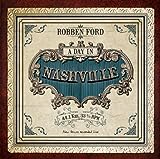 My friend, who is a guitar teacher, saw Robben perform live back in the early 90’s in a small club in Ann Arbor, Michigan. He said that when Robben woud play he could unlease a single note with such force it would just drop everone’s jaws. As a guitar player, I know for one that he’s known for playing out of Dumble amps. The other thing is that he’s known for using a Hermida Zendrive guitat pedal. I wrote another post a few years back you might be interested in called “How to get or Build Your Own Zendrive Clone”.